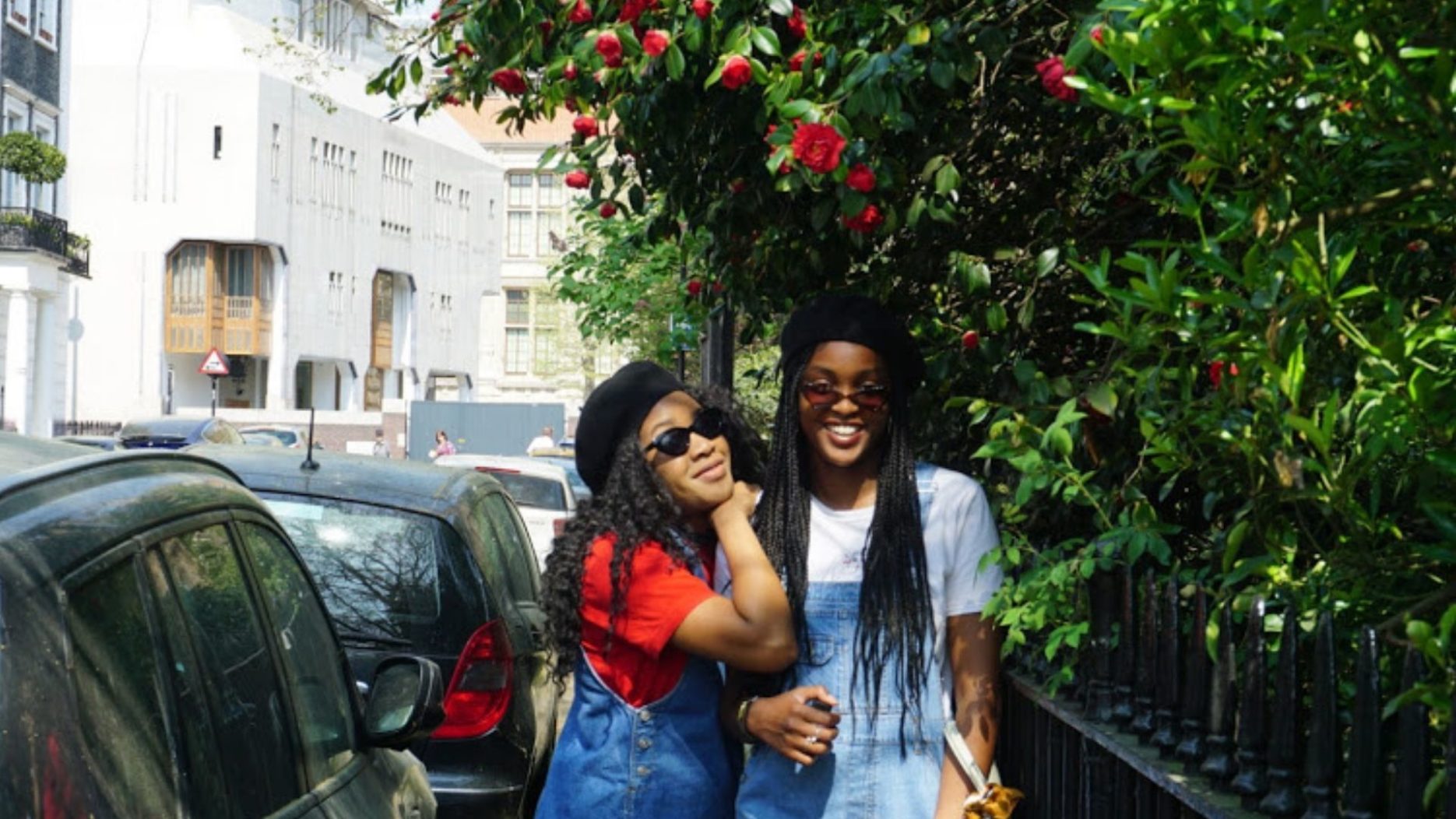 Indeed, I wanted to write about it because this little object has had so many uses and symbolics through centuries. In history, the beret had various functions and its first one wasn’t really related with fashion. Analyzing social insight of things is always interesting. As G. Perec had said in his book ‘Les choses‘, objects have taken a huge part of our existence. They might refer to a social success or even an achievement. Things have their own signification given by the society. As many other items, the beret has its own significations depending on the centuries. According to some archaeologists and art historians, the beret, in another form that we know today, has been present since the Bronze Age. Some archaeological vestiges have been discovered in Italy and Denmark. Even on some sculptures and paintings from West Europe, we can see alternative types of hat. Between 400 B.C  and 13th century, according to scientists, different versions of the beret were present, however, the common point was the fabric.This item was mainly made of felt, which is an easy to handle and cheap fabric.

During 1500 and 1600, this felt is a distinctive sign for the poorest class such as artists of farmers. At first, this accessory was not produced industrially. However, during the 14th and 15th century it has been manufactured in Europe. This hat was functional and made for resisting to bad weather. Even artists wore the felt hat when they worked outside.

It’s only since the 1800’s that this item became a political item. After being worn by artists such as Rembrandt, the red version appeared in Spain with  Tomas Zumalacarregu, leader of the Carlists. From here, the flat hat is going to be used in revolutionary and military context. In 1835, the french word “beret” appeared. At this period, in France, the hat was mainly worn in a blue version by Chasseurs Alpins, which is quite far from the symbolic present in Spain.

It is only in the 1900s that the beret entered into the fashion industry. Before, as mentioned previously, this hat was the symbol of poplar and peasant class. Hard to know how this item went into this exclusive universe. Nevertheless, the beret look chic, the beret is cool. Singers, artists and poets will be the new face of the beret. As a fashionable hat, the beret is a strong features from Paris in the 1920’s. Also, in 1960’s with the French New Wave in cinema, the beret is worn by icons such as Catherine Deneuve. The beret might have disappeared during a few years in the fashion industry, however we can see, that it came back stronger lately.

As a symbol of engagement

But before its huge return on catwalks, the beret had a symbolic faltering between military, political commitment and revolutionary events. Indeed, during the Second Wold War, the beret has been worn by military men. It came to America all away from Europe. The army started to use this item because it had at the same time an utilitarian aspect and was still quite stylish. Besides that, as I said before, the mass manufacturing of this item is cheap and easy to handle. Therefore, this specific element fits well with the army expectations and ties. In the same period, French resistance started to use it as well. From then on, the beret started to spread in different countries such as China, Canada and Sri Lanka. In the 1960’s, a paradoxal phenomenon happened. The beret started to be used in a political revolution sphere. From Che Guevera to the Black Panthers, the beret is as well an indicator of strong political clash. What is highly interesting with this hat is the fact that it is a relevant example of the culture significant manipulation on the meaning of simple objects, within daily life.This beret is going to be used by various social groups and will have for each of them a specific usage. As the symbolic interactionism supposes, the meaning owned by individuals is based on communication process. Thus, in this case we can say that the image of beret would be shaped by the social groups. However, objectively, a beret is just a hat. This is one of the mystic aspects of society. Indeed, a object can represent a specific class because of the power of the symbolism given by the culture where we evolve. Fashion imaginary is mainly based on this social process and interpretation. A brand would refer to an intangible sphere that itself refers to a social position, commitment or behaviors. A beret can be at the same time, in one society, a political engagement and the symbol of war.

The come back of the beret

Since 2010, the beret came back into the fashion world. But why? How to explain this come back? Why the beret is today massively again fashionable? Here, as in my other articles, I will give my analysis. I just deduce from society’s changes and evolutions. As we have seen before, the beret has a political meaning. By being worn by revolutionaries and activists, this item refers to a world of political conflicts and commitments. I think, this meaning is the reason why the beret becomes once again an strong trend. Indeed, we are in an epoch where the struggle is real and everywhere. All the spheres of our lives are influenced by those social issues.Fashion is as well impacted by those challenges. The environment and political matters became so important for individuals that brands cannot ignore those engagements. As a real person, brands need to take a stance and have to use it to communicate on theirs.

Commitments are trendy, they are fashionable. But is it the real goal of a commitment? Do we need to give an aesthetic to our various issues? To my opinion, the problem with this type of process, is the fact that it drove us away from the real problem. We are thinking first about how to express this commitment and not how to resolve the real problem. The attention is focused on the expression of our matters. Being committed might be trendy, however, tangible problems still deeply presents. Perhaps it is just a question of time, perhaps it is the first step of a more important change, however, for now, I’m still septic. Can this trend help those different causes? Besides this pessimism, I’m able to see the efforts made by some brands to give a real meaning to this commitment expression. Those designers try to use fashion as a way to resolve our social flaws. For example, they are going to create a Foundation to help the cause they defend. I’m thinking about Peet Dullaert with his organisation struggling against climate imbalance or social inequalities. If you look closer enough, you will find many brands foundations that help a cause thanks to their renown.

The only problem with the beret democratization is that we are going to alter its true meaning and function. Of course, one object can have plenty meanings, nevertheless, in the collective imaginary, this item will be linked with this trendy aspect given by today’s fashion. I truly hope that its stylish function would not be the only one seen in the future. Here I’ve mentioned one of the worst loophole of our modern society. We denature important issues by making them trendy or stylish. We have many example of this process. You just need to watch at the sexual and sexist issues we are facing nowadays. We introduced a #metoo, however is it going to change deeply the situation? Does an # has this power? I think that we grasp the problem in the wrong way. The problem has to be cut off at its roots. It is the same process for the beret, we use it as a fashionable item and forget the real origins of this item. Hopefully, by counting its history it would help people to remember. 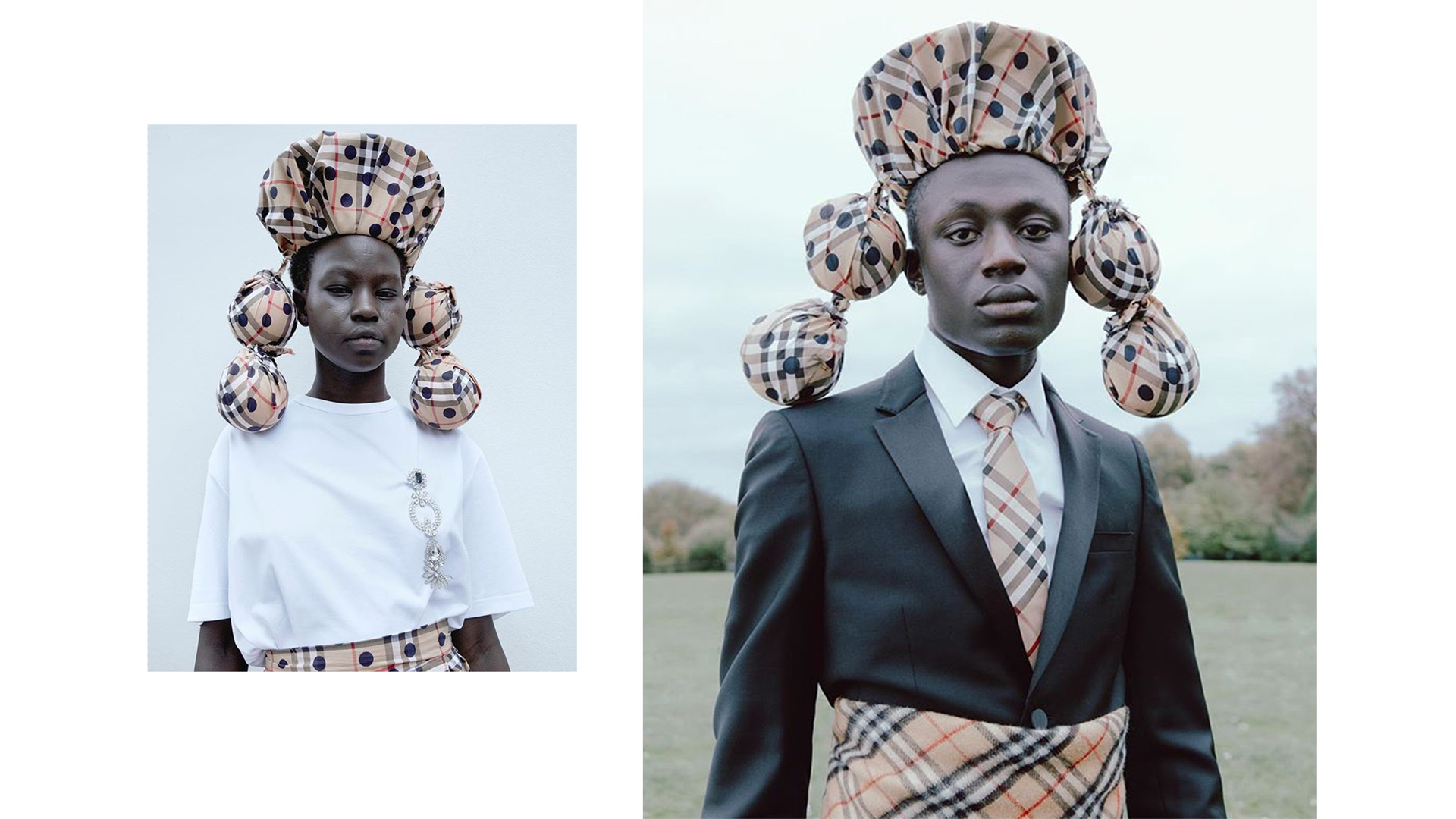 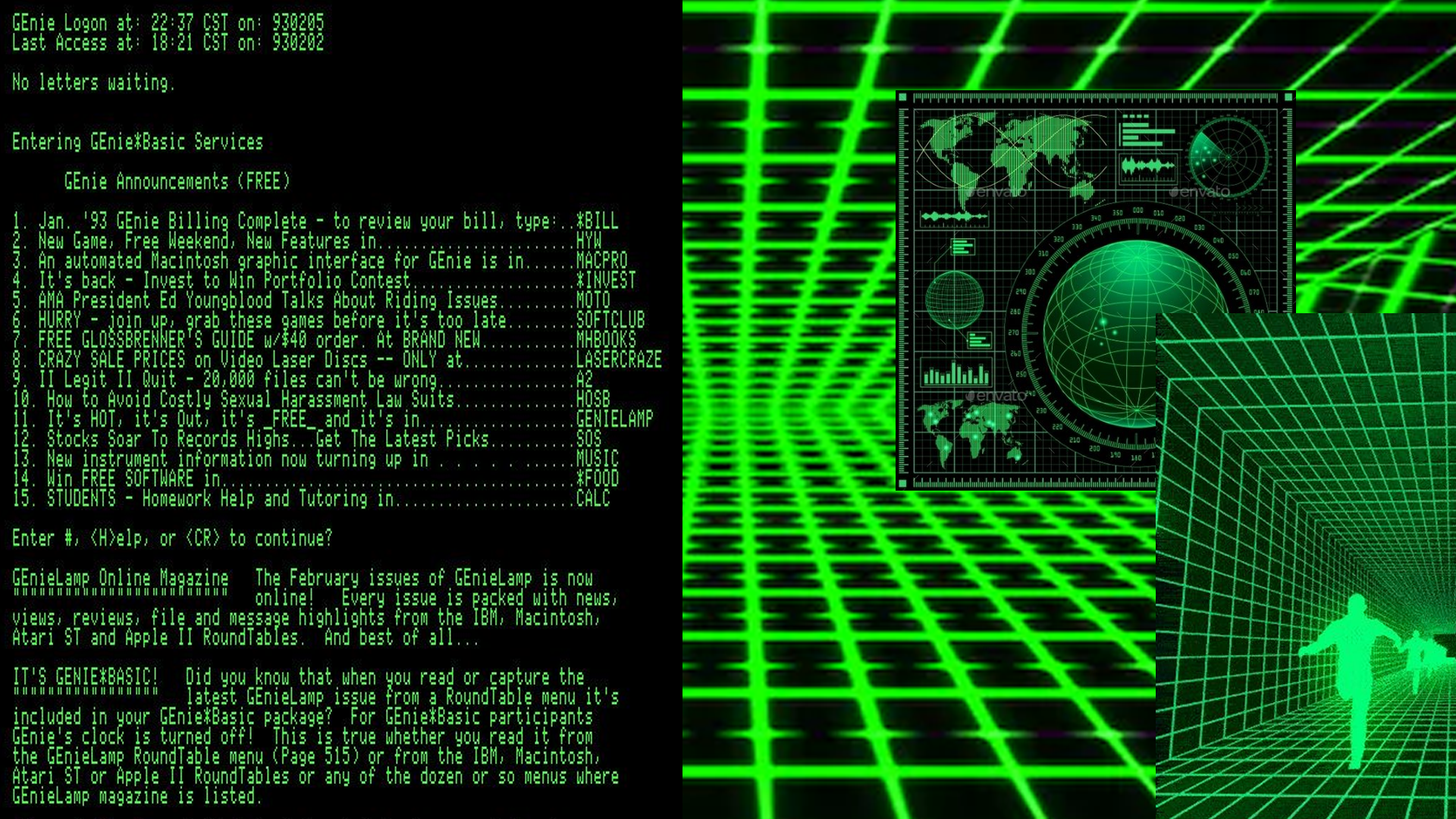 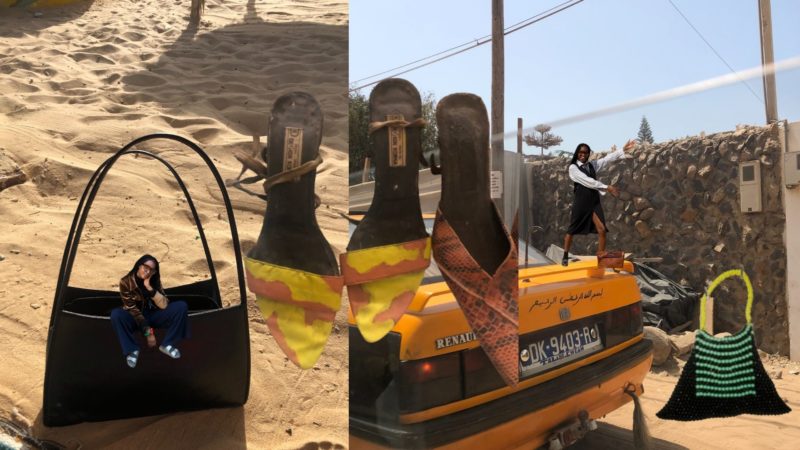 Modern Dilemma: personal principles vs the state of the fashion industry 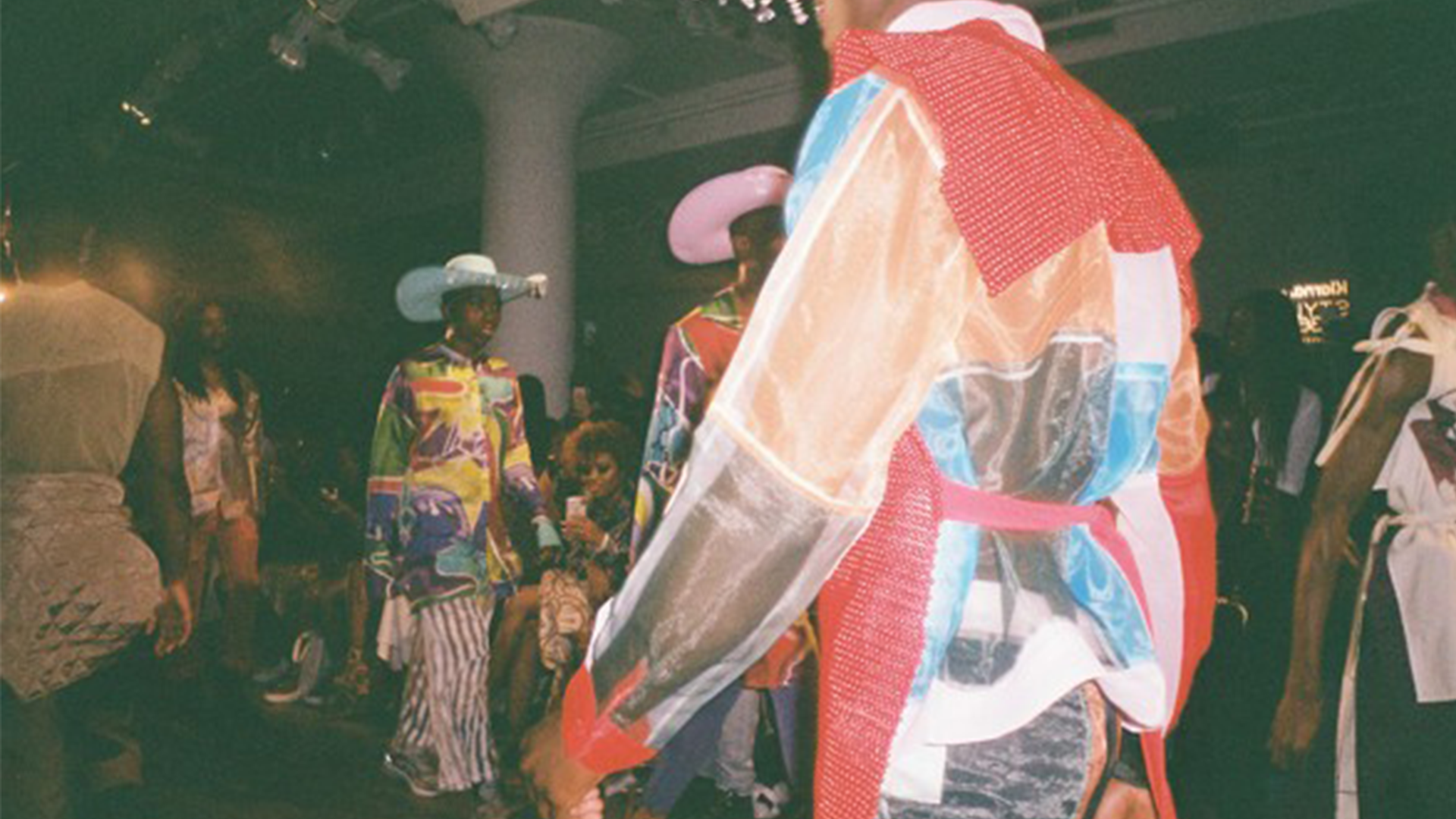 Essay on cultural appropriation: the use of Afro-culture within the fashion industry